A pick pocket, a chance meeting, and a shake

Well it was bound to happen but it couldn't have happened on a better day. On Good Friday while Taylor was in the market picking up groceries he had his phone taken by a pick pocket. He said that all of a sudden the market went from having no one in it to him being surrounded by a few people. It seemed to happen in slow mo but there was nothing he could do to stop it. Taylor could feel the person push the phone out of his front pocket and he tried to bat it out of their hand to no avail. He then tried to grab one of the people surrounding him but he managed to grab the wrong person. They all scattered in different directions so he as unable to find his phone. We have been able to activate an app that will wipe the phone once it is connected to the Internet so none of our contact information will be compromised. 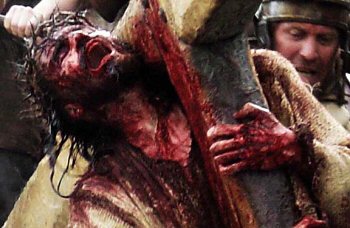 Now you must be thinking why on earth could this not have happened on a better day. How could someone say that? Taylor's phone was lifted on Good Friday. The one day that our Lord and Savior Jesus Christ died for the sins of the whole world. The day in which He freely gave His life for you and for me. We were able to once again let go of the stuff and turn our attention onto the Lord. Sure it sucks that we no longer have the photos and videos from our time in Trujillo but that doesn't compare to the beauty and love of Jesus. Our Savior went to the cross knowing each of the sins that I would commit in my life and died for them all. He took my heavy load and bore it for me. On Wednesday of Holy Week we participated in a candlelit procession through the center of Trujillo. We walked along side a life sized statue of Jesus carrying the cross. This statue was carried by 18 men. They swayed as they walked under the burden of the statue. And as we walked along side of it all I could think of was how Mary, John, and Mary Magdalene felt as they walked along with Jesus to Calvary. How the weight of my sins made Jesus sway under them. This is what we were able to focus on when Taylor's phone was gone. We were able to focus on what Jesus did for us. How He bore our sins and we were able to praise Him more deeply because of it!

This Saturday we spent our family day during the historical sights around Trujillo. We were excited to see the place where the Xoloitzcuintle was developed. For those of you who do not know we had one of these dogs when we lived in Wisconsin. Her name was Alice and she traveled with us everywhere. Who would have thought that we would have ended up in a place where there are "Alice's" everywhere we look? 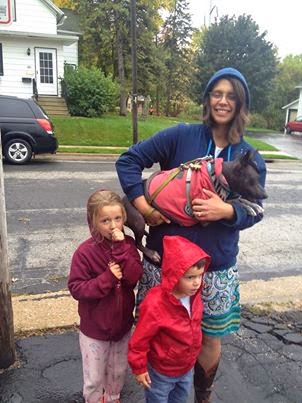 Anyways while on tour of the Temple of the Moon we happened to meet a group of American tourists. Faustina and Adele happened to draw their attention to our family and we were able to chat with the group for a few minutes. They asked how long we were visiting and Taylor explained that we are missionaries in Picota studying Castellano in Trujillo. One of the women asked where we were from. When we mentioned we were from Wisconsin she asked for the town since she was from Wisconsin. It turns out that she was raised in Appleton. After chatting fr a bit longer Taylor handed her our business card and the lady and part of her group proceeded to walk away. One of the other women in her group asked if we knew who she was. We replied that she was from Appleton, Wisconsin. This other woman then went on to explain that we had just met the direct of the PeaceCorp for the United States of America. We were stunned by this. The Lord was truly at work during this chance meeting. Our tour was supposed to have been at this site 30 minutes before but do to a mix up we were behind schedule. Praise you Lord Jesus for the delay without it we would never have met this woman!

The lat thing I wanted to write about is just something funny that happened to us this morning. We experienced our first earthquake. It was such a minor one that we didn't even know that it had taken place. The owner of the hostel we are staying at mentioned it to the only other English speaking person staying here. He is a young man from England. I was walking past when she asked him if he felt it. Both of us were stunned that we had just been in an earthquake and neither of us even knew it. There was no damage in Trujillo and everyone is all right. I just thought it was quite funny that we didn't even know that we had experienced one.~Katie
Posted by Schmidt Family at 9:18 PM