Mom and dad have been here visiting and participating in the mission since the 14th. We thought it might be interesting to get their perspective on our mission life.

The following is Monica's thoughts from our day yesterday.

"Taylor made an amazing breakfast sandwich with cheese, meat and eggs. It had an awesome sauce. I am going to bring some home.

Church in town was at 8:00am. It was a beautiful communion service. Even though we didn't understand Spanish, we could follow along with the service. Tony and I donated a beautiful crucifix. Leo saw it in the priests store and wanted to buy it for the church but of course he does not have any money. We also bought one for ourselves to pray for the church. 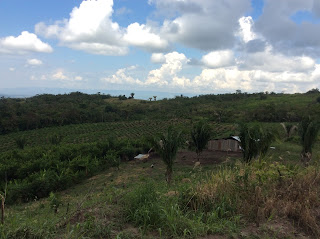 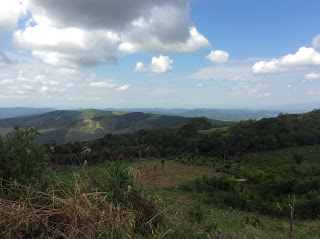 The views were simply breathtaking. The pictures just don't do it justice. 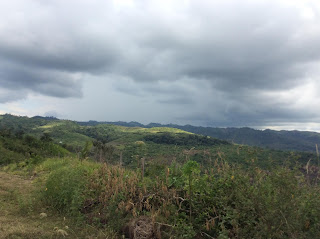 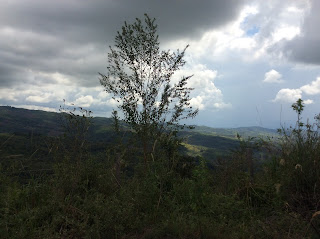 After church Taylor took us all to a pueblo over 3200 feet above sea level. Taylor and Katie live 700 feet above sea level. The road was like driving on a plowed field. Seriously we were bouncing and flying all over the road, the roots and stones. It was only a one lane path and the cliff edge was right there. It felt like there was no room for error when driving. Taylor is an amazing driver who keeps his family safe. I really think he likes the rusticness of it all. As a child Taylor always loved the outdoors. 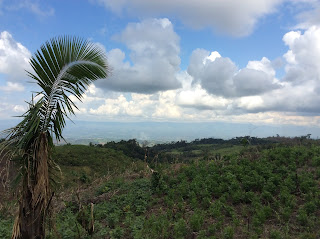 All of a sudden out of nowhere this town appeared at 10:15am. About 180 people are living the way the pioneers did in the late 1800's. They are all making a living selling what the grow and make on their farms. Everyone was very happy and dressed in their best clothes for us. The people in Nuevo Bagua built their own church by hand. It was so beautiful. Everyone is just so hungry for Jesus. Taylor and Katie are preparing them for baptism, confirmation and marriage. Only one couple is married in the church and a handful of people were baptized.

Taylor and Katie told them they will come back every other Sunday. They had one mass in the church  last year with Padre Paco. Two weeks ago Taylor and Katie brought the new priest, Padre Rafael, there for a mass.

When we went into church it started sprinkling which was no big deal. Then out of nowhere it started  pouring for two hours. It was so windy and such a heavy down pour I thought we were in the middle of the tornado but they don't have those here. After the class we started praying the rosary. No one could leave the church due to the storm. The rain continued after the rosary so we prayed a Divine Mercy Chaplet. It was vicious. The doors of the church flew open. It was like the devil was screaming 'Get out of my town. I have these people without their King. I rule this town.' They had no rain for months and they are not in the rainy season. The townspeople could not believe the rain we were receiving. It startled everyone.

After the rain let up, a family made us a wonderful lunch of rice, chicken, potatoes and plantinos. They served us first and after we had finished they then ate lunch. We spent some time discussing how and if we were able to get home. Taylor and Katie said we would sleep in the church if the way down was bad because it is all clay and we would slide. We spent the next three hours talking laughing, playing made up games and sharing stories. After three hours we decided to take a walk to see how the road out was. Katie, Tony, the four older kids and I hiked up out of town one way and then past town the other way. The mud stuck to our bare feet and created sandals for us. We were little hobbits.


At 4:00pm Taylor said our only chance to get home would be now. It would take us twice as long to get down the mountain since we were planning on going in first gear the whole way down. A family asked if they could come with us. The two adults and five children loaded into the bed of the truck with their belongings. We prayed the rosary as is Taylor's and Katie's custom when they travel anywhere.

When we made it down the mountain to the next town we still had daylight. The family who asked to come with us tapped the top of the truck and asked to get off. We then continued on the way home singing and laughing. We enjoyed a nice meal of pork and potatoes which I had prepared the night before. We spent the evening before bed sitting around talking and laughing.

During the night it rained some more and this morning when we awoke we looked up to the mountain and it was covered in grey rain clouds. It was raining again in Nuevo Bagua. We made it out during the only break in the storm. Had we spent the night we wouldn't have gotten out and who knows how long we would be here in Peru."

Posted by Schmidt Family at 5:42 PM